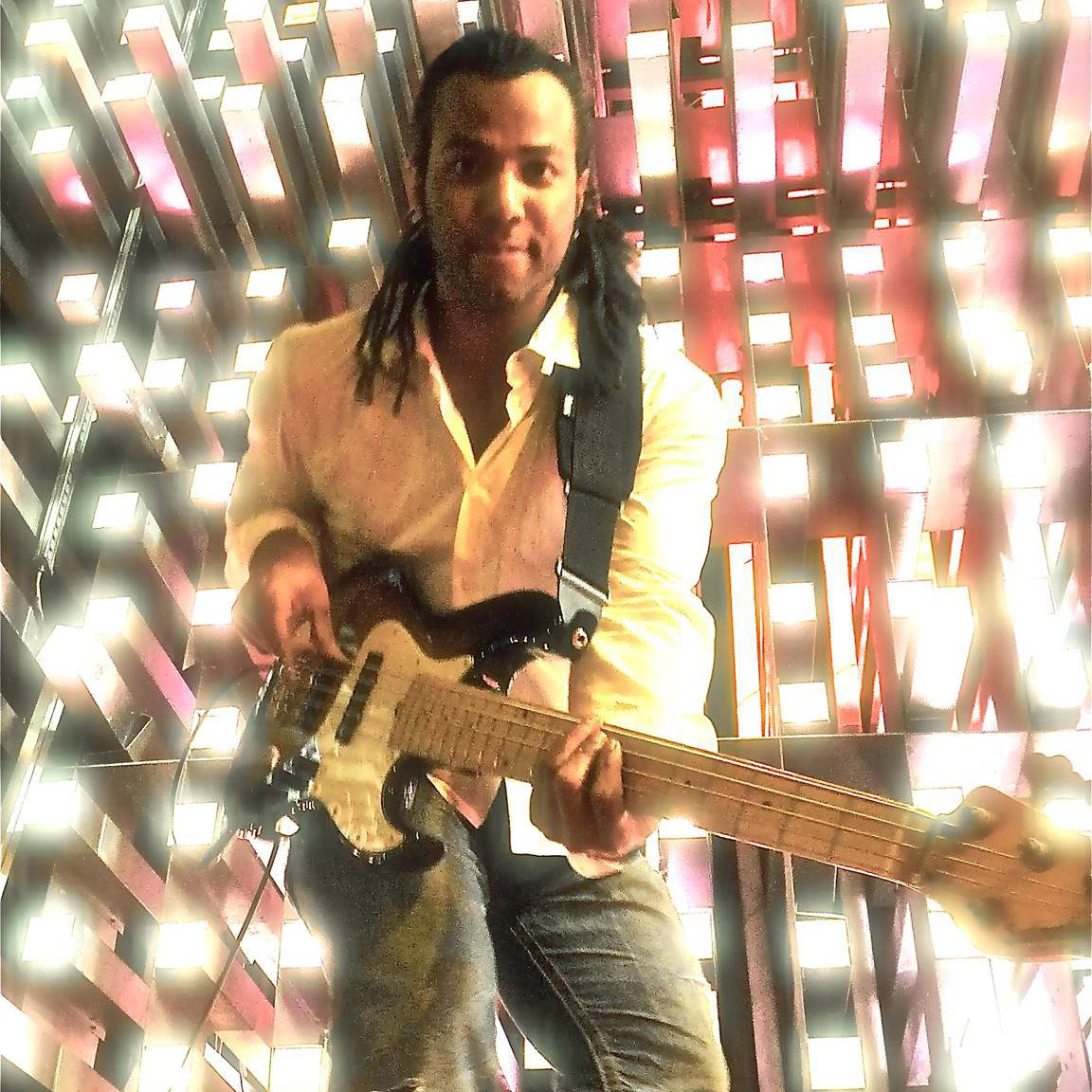 Influenced by an exceptionally wide array of musical styles, Tony Pimentàl’s versatility has earned him a passport to cross a variety of musical borders. His expertise is vast and varies, encompassing that of Bass Player, Multi-Instrumentalist, Composer, Musical Director and Instructor.

A renowned bassist who’s performed everywhere from Carnegie Hall to the Hollywood Bowl and festivals ranging from Lollapalooza to SXSW, Tony’s extensive musical past has included being a member of The Steve Vai Band, as well as holding down the low end for a broad range of award-winning luminaries such as Monty Python’s Eric Idle, reggae legend Lee “Scratch” Perry, punk rock icon Wayne Kramer, guitarist Spencer Davis, violinist Lili Haydn, vocalist EG Daily, the illustrious Lionel Richie and the critically acclaimed Toledo Show, in which you can see him perform on spot dates at Harvelle’s Santa Monica and Long Beach. Additionally, Tony has also worked with J Dright from Digital Underground.

In additional to being a facility member at The Musicians Institute in Hollywood for the last 8 years, Tony endorses ESP (Bass) Guitars and serves as a bass clinician for the company (NAMM shows, ESP product demo videos). Tony has also acted as a Music Coach/Consultant on such shows as Vh1’s You Rock With.

With a Masters Certificate in Theory, Harmony and Ear Training and a Professional Certificate in Bass Guitar from Berklee College of Music (with honors), Tony composes from his Los Angeles studio, Planet Hz, and is a member of ASCAP.